A Letter To The Editor, By Board President Theodore Simon

The following letter to the editor, written by Board President Theodore "Ted" Simon, is printed here as published in the July 7, 2017 edition of The Legal Intelligencer.

The article published on June 28 titled "City Sees Funding Hurdle as FJD Raises Rates for Appointed Counsel" mentions that the First Judicial District has agreed to raise fees for court appointed counsel. For this, President Judge Sheila Woods-Skipper and others should be applauded for their good work with an added dose of great respect and admiration.

However it is the "potential revenue source" identified by the city for these additional fees and costs referenced in the article that compels a response. The city will seek to increase civil filing fees by 10 percent and will seek to allocate 33 to 50 percent of the Philadelphia law library fees toward funding conflict counsel attorneys. While critically ­omitted from the article, it should be known that the "Philadelphia law ­library" referred to in the article is in fact the Jenkins Law Library. The law library's primary support comes from court filing fees and has received funding from statutory filing fees since 1860. If this proposed legislation and allocation takes place, the library's very existence will be threatened. Jenkins is the county law library for the city and county of Philadelphia and as in 23 other states in the nation its primary support comes from court filing fees.

Philadelphia is a city of firsts and the Law Library Co. of the City of Philadelphia, now known as the Jenkins Law Library, founded in 1802, is the oldest law library in America and has 7,000 members. As the city's nonprofit 501(c)(3)-law library, Jenkins provides critical law-related information services to members of the public and, for generations, has been a critical resource for attorneys, judges and other members of the legal community. Today it is among the top law libraries in the country. It is a landmark Philadelphia historic institution.

Jenkins is widely held in high esteem by the public, self-represented litigants, the legal community and the courts for the important and wide-ranging vital services it provides to all those who find themselves in need of information, ­clarification, support and assistance in all areas of the law as well as maintaining ­comprehensive legal materials both in print and online. The diversity of assistance and services provided to the public and legal community is too far-reaching to fully describe here other than to say the Jenkins Law Library has dependably fulfilled all those requests. We level the playing field for all, whether rich or poor, solo ­practitioners or large firms. We provide services to those in need and many that could neither afford nor avail themselves of these necessary legal resources.

Jenkins does not receive any money from the city of Philadelphia. Rather, Jenkins provides a variety of services to the city either at no cost or substantially reduced cost, which if Jenkins did not exist it would cost the city hundreds of thousands of dollars to achieve ­commensurate services.

As a proud Philadelphia lawyer, one who has practiced as a criminal defense lawyer for the past 43 years as well as being a past president of the National Association of Criminal Defense Lawyers, I feel as strongly as anyone that the Sixth Amendment constitutional right to effective assistance of counsel must be honored and respected. Conflict counsel for indigent defendants must be fully supported and ­properly compensated. While we stand shoulder to shoulder with the proper and constitutional funding of conflict ­counsel attorneys, I nonetheless believe that it would be a disservice to the general public and legal community to defund the library as proposed.

At no time did the city contact ­anyone from Jenkins regarding this proposed ­legislation to ask questions about our ­organization, funding, operations and services that we render to members of the practicing bar, the courts and the public. With our ­existing lease, current and future obligations, this legislation as ­proposed is unwise, unworkable and unfair and ­threatens the very existence of Jenkins.

Woods-Skipper is quoted as saying that the increase was "long overdue" and hopes that, "the city will prioritize the funding for the lawyers and use available funding to pay them." Woods-Skipper has it right.

The city should "prioritize" and "use available funding" rather than have the city seek this "potential revenue source." It seems shortsighted and unwise for the city to seek this "potential revenue source," which would remove necessary and critical funding, thereby imperiling a landmark Philadelphia legal institution that ­provides the very legal tools that are needed by the community and all practitioners, whether civil, criminal or transactional, in order to provide funds for conflict counsel ­attorneys. It is necessary to constitutionally fund counsel and support the library, certainly not one at the expense of the other. 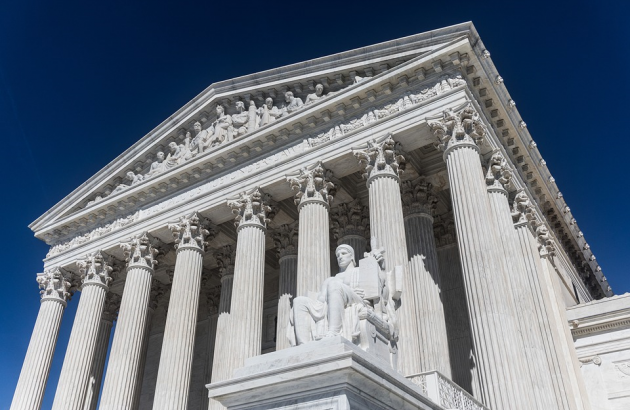 The United States Supreme Court’s new electronic filing system will begin operation on November 13, 2017. Members of the Supreme Court Bar can register now . During the initial phase of the system, the official filing of documents will continue to be on paper in all cases. Parties who are...
Access to Justice
July 13, 2017

We Need Your Support!

You may not be aware, but there is a proposal to pay for the rate increase for court-appointed conflict counsel using funding that Jenkins receives from a surcharge on court filing fees. If this were to happen, it threatens Jenkins' very existence. Court filing fees account for 70% of our revenue...