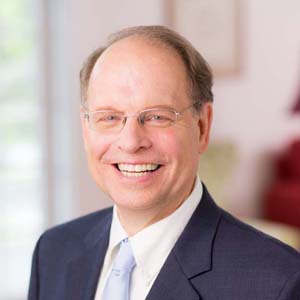 Dave Larsson has practiced commercial real estate law since 1984, advising clients (particularly owners, tenants, and other "end users") on real estate acquisitions, dispositions, development projects, leasing, financing, and asset management projects all across the United States. During that period, he has helped one client grow from 2 US stores in 1984 to over 40 as of 2017, and he has helped another client grow to become the market leader in the Delaware Valley. Since 2007, Dave has also gained valuable experience in energy technology engineering, procurement, and construction agreements, having helped one retailer client successfully complete an ambitious project to install photovoltaic (solar) systems on the vast majority of its major store and distribution center rooftops, and having helped other retailer clients successfully complete rooftop leases and subleases and power purchase agreements.

A former partner at an AmLaw 100 law firm, Dave served as in-house general counsel and executive vice president to a Philadelphia-area shopping center development company, where he acquired valuable hands-on experience in acquisition, development, construction, and management of ground-up shopping center properties. In 1995, Dave joined Paul Scheuritzel as a fellow shareholder in the firm that is now known as Larsson & Scheuritzel P.C.

Dave served for 20 years as a permanent invitee and advisor to the Board of the United States property subsidiary of a large international privately-held company. Before law school, Dave taught music, history, and algebra for 5 years in a private school in Maine, where he and his wife, Anne, served as Artistic Director and Tour Director, respectively, of a touring show, featuring school students and faculty, that performed in venues throughout the eastern United States.