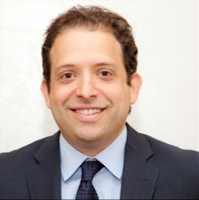 Prior to founding Koller Law, LLC, David worked at various law firms in the area for seven years. He was blessed to have an opportunity to represent one of the world’s largest employers, gaining insight into many different aspects of employment law. At age 33 David suffered a stroke, but recovered and continues to be an advocate for his clients, regardless of background, race, national origin, religion, gender, sexual orientation or disability.

David Koller graduated from the University of Pennsylvania in 1999. Thereafter, he attended Villanova Law School where he served as president of the student body. In 2002, attorney Koller received his law degree and was given the honor of being a commencement speaker at his law school graduation ceremony.

Attorney Koller is licensed to practice law in Pennsylvania and New Jersey. He has appeared before state and federal courts in the Eastern, Middle and Western Districts of Pennsylvania and the District of New Jersey, and has also argued before the U.S. Court of Appeals for the Third Circuit.