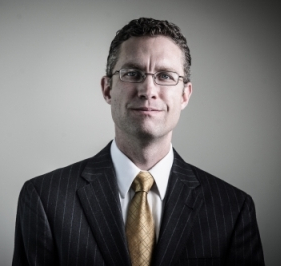 James R. Lloyd, III is an experienced and aggressive trial lawyer and appellate attorney with a record of getting superior results for his clients. Jim is a highly regarded trial attorney who has handled thousands of cases and appellate matters in State and Federal courts in Pennsylvania and throughout the U.S.

Jim worked as an Assistant District Attorney in Philadelphia for years. As a result of Jim's skills in the courtroom he received promotions while at the District Attorney's Office to the Municipal Court, Motions, Juvenile Court, Felony Waiver, Major Trial, and finally, the elite Repeat Offenders Units. In addition to Jim's extensive trial experience, which includes winning jury and non-jury trials in both state and federal court, Jim served as law clerk to three judges in some of Philadelphia's busiest criminal courtrooms. Jim's knowledge of criminal trial and appellate law has led him to be called on repeatedly to serve as an instructor for prosecutors, defense attorneys, and judges about criminal practice, criminal procedure, appellate practice, and trial advocacy. Jim uses his knowledge and experience to fight for his clients' rights and get the best possible results for them.

Mr. Lloyd has been designated a Certified Fraud Examiner (CFE). The CFE credential is only given to those with a proven expertise in areas of fraud investigation and resolving allegations of fraud. Jim is a member of many professional and civic associations including the Philadelphia Criminal Law American Inn of Court, Association of Certified Fraud Examiners (ACFE), the American Immigration Lawyers Association (AILA), the Criminal Law Section of Philadelphia Bar Association, and the Pennsylvania Bar Association.

The majority of Mr. Lloyd's current practice is criminal defense however, he also represents clients with the same zealous advocacy and skill in civil litigation, child custody, child support, and domestic relations matters.