Skip to main content
We will be closed Mon May 30 for Memorial Day. 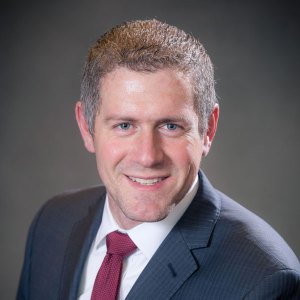 John Rafferty is an associate in Gawthrop Greenwood’s litigation department, where he focuses his practice on civil and business litigation matters. His extensive trial experience includes his work at the Chester County District Attorney’s office where, as an Assistant District Attorney, he managed multiple cases from investigation through trial, prosecuting serious criminal matters, including homicides and assaults.

John’s career began in the U.S. Navy, where he served as a naval officer in southeast Asia, southern California and the Middle East. In Bahrain, he served as the Assistant General Secretary for the Migrant Workers Protection Society, which addressed the housing needs of the area’s migrant workforce. He was awarded the Navy Achievement Medal for meritorious shipboard accomplishments, as well as the Military Outstanding Volunteer Service Medal for exemplary public service efforts.

John was awarded a full scholarship to Villanova Law School as a Public Interest Scholar, and received the Super Lawyers Pro Bono Award for exhibiting a significant and sustained commitment to public service through his work as a law student.

Upon graduation, John received a Fulbright Fellowship, which enabled him to live in Ecuador for 10 months, where he conducted field research on the scope of human trafficking. When he returned to the U.S., he fought for immigration benefits for victims of human trafficking with the Philadelphia non-profit law firm Friends of Farmworkers.

John currently serves on the board of advisors for the Villanova Law School's Institute to Address Commercial Sexual Exploitation. He is an active member of the Chester County and Philadelphia Anti-Trafficking Coalitions, and serves as a board member for P.H. Balanced Films, a Washington, D.C.-based non-profit that facilitates knowledge exchanges and mentorship programs to support women who want to use film and storytelling as a platform to advocate for social justice.

John is often invited to speak about the vulnerabilities that lead to situations of human trafficking, including at events hosted by state senators in the Chester County region. Other speaking engagements include:

John lives with his wife, Sarah, in the borough of West Chester. Together, they enjoy cooking, ​mountain biking and developing side businesses.