In the introduction to Grand Juries, Fishman writes that the “grand jury has a distinguished history in Anglo-American legal history”, from the reign of King Henry II to the adoption of the Grand Jury Clause in the Fifth Amendment of the U.S. Bill of Rights and beyond. As noted in the introduction, the role of grand juries has changed dramatically in the past decade due to “a significant move toward use and derivative use immunity” at the state level, a series of Supreme Court rulings regarding federal grand jury practice and challenges to the selection of jurors, new or amended statutes, and contentions around failed indictments related to police violence.

If you’re interested in researching grand juries and their evolving roles in various jurisdictions, consider this as your next title to borrow via curbside pickup!

Online Legal Research When You Can't Access The Library

Though Jenkins, like many other businesses, law firms, and libraries around the country, is closed to help the nation practice social distancing during the COVID-19 health crisis, it is still possible to do legal research without physically being in the library. In fact, Pennsylvania has a trove of...
legal research
February 27, 2020

The Legal Hiccups of Leap Year

It is once again leap year, that magical, mystical time that adds an additional day to February every four years*. Though the practice of adding an extra day keeps "the calendar year synchronized with the astronomical year or seasonal year" ( Wikipedia ), it also has the potential to cause havoc in...
legal research
November 19, 2019 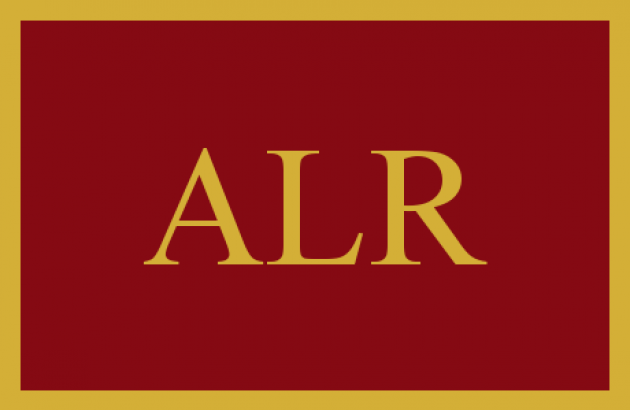 Happy Birthday to the ALR!

Congratulations to the authors and editors of the American Law Reports (ALR) on its 100-year anniversary. The first article of this unique legal resource was published in 1919. Many articles, several series and hundreds of volumes later, this set continues to help researchers today. The attorney-...