In recognition of Pride Month and the 50th anniversary of the Stonewall uprisings (see NPR, KYW Newsradio, and this TIME article about Stonewall archival material for various news coverage), we are highlighting select resources that are centered on the LGBTQ community and the law, including those that address federal, state, and local law.

For a general overview of laws and major legal decisions that are particularly relevant to the LGBT community, check out Sexual Orientation, Gender Identity, and the Law in a Nutshell (2017). This title is available both in print and via West Academic for members who are logged into the Jenkins website. This resource touches upon the regulation of sexuality, of gender identity and expression, and of marriage, among other topics.

Lesbian, Gay, Bisexual and Transgender Family Law (2018), which is available both in print and on onsite via Westlaw, more narrowly addresses issues like custody, single party adoption and foster care, assisted reproduction, surrogacy, dissolution, marriage, and other relationship protections.

To learn about LGBT rights regarding employment discrimination, see the Concise Hornbook entitled Principles of Employment Discrimination Law (2019) via West Academic or Employment Discrimination Law & Litigation, 2019 in print. Both have brief chapters that discuss protections and recent developments under Title VII of the Civil Rights Act of 1964. (You can also keep up to date on these three cases regarding protections for LGBT employees that the US Supreme Court recently added to the next term’s docket via SCOTUSblog).

On a slightly different note, the National LGBT Bar Association and the ABA Committee on Sexual Orientation and Gender Identity (SOGI) collaborated on a book called Out and About: The LGBT Experience in the Legal Profession (2015), which Jenkins has in print. This title is a compilation of stories from lawyers who identify as lesbian, gay, bisexual, and/or transgender. The compilers acknowledge that the stories, published in 2015, were written shortly before the Obergefell decision, but that they hope the book would “...serve as a primer on past experiences and allow it to inspire new conversations…” (p. xi) despite outdated references to the desire for marriage equality.

The Library of Congress (LOC) recently published a research guide to LGBTQ+ Resources in Business and the Workplace, covering “aspects of the LGBTQ+ lives as employees, consumers, entrepreneurs and business leaders.” In addition to items in the LOC’s print collection, the guide highlights reports and articles, data and statistics, websites, and databases that can be accessed online. For example, the guide links to the Human Rights Campaign’s (HRC) 2019 Corporate Equality Index.

Earlier this month, HRC - the nation’s largest LGBTQ civil rights organization - also released “Inclusive Interpretations of Sex Discrimination Law.” This report “...outlines how federal courts have developed a consistent legal narrative regarding discrimination against LGBTQ people as constituting unlawful sex discrimination under our nation’s civil rights laws.” HRC is also an excellent source for keeping up with progress on the Equality Act.

Locally, the Mazzoni Legal Center provides access to the Philadelphia Trans Resource Guide, a Know Your Rights guide for protestors, and a list of PA local anti-discrimination ordinances regarding sexual orientation and gender identity.

Finally, you can follow the progress of the recently-proposed Philadelphia City Council bills regarding gender-neutral bathrooms in City buildings and protections for transgender and gender non-conforming youth using City Council’s website. 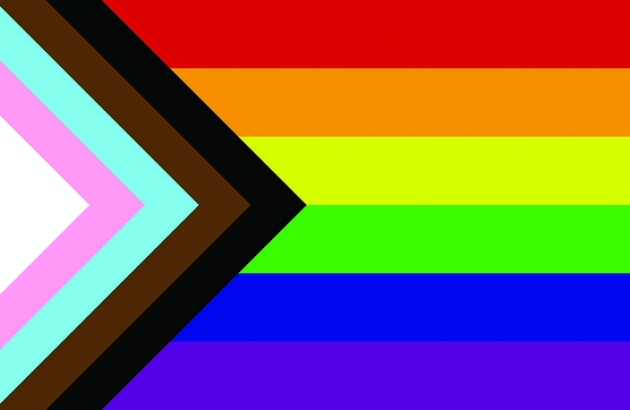 Tomorrow marks the end of Pride Month - the annual celebration and remembrance of LGBTQ+ identity, experience, and contributions to society. This year, LGBTQ+ legal rights have been heavily reported in the news as many states passed legislation on transgender athlete laws and transgender health...
LGBT law
June 23, 2020

On June 15, the U.S. Supreme Court delivered a victory to LGBTQ workers, giving the LGBTQ community an occasion to celebrate during Pride Month . The 6-3 decision in Bostock v. Clayton County extended the reach of Title VII of the Civil Rights Act of 1964 to include LGBTQ workers. The opinion was...
LGBT law
June 9, 2016

LGBT law can cover the gamut of legal practice, and Jenkins has resources that can help.